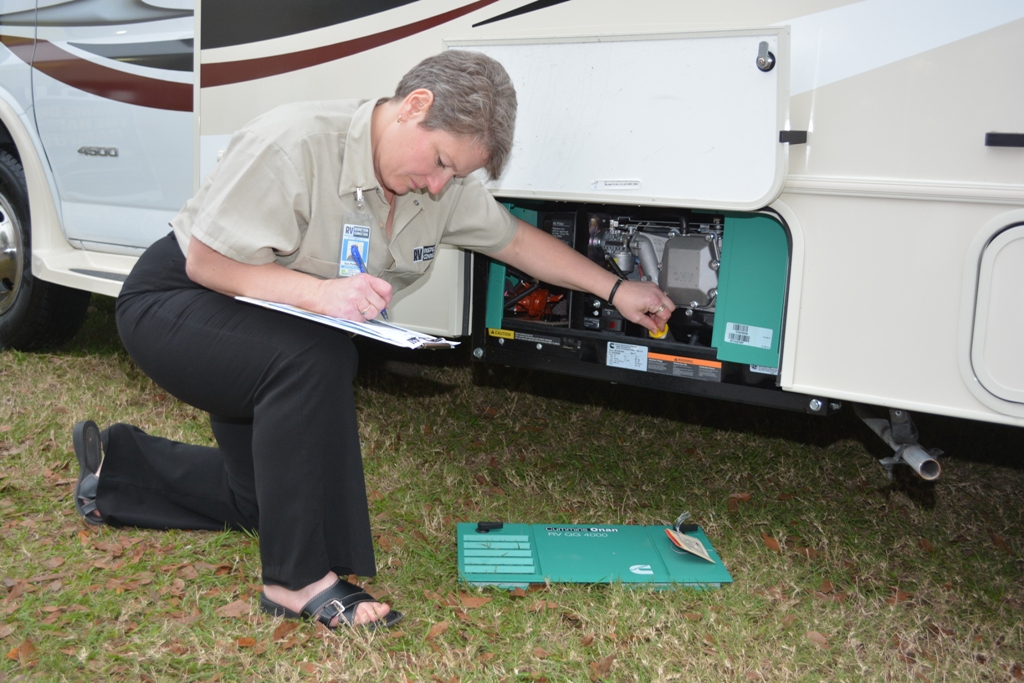 ATHENS, Texas – With restrictions being imposed on customers wanting evaluations on new or used RVs sold by some dealerships, the National RV Inspectors Association (NRVIA) suggests dealers who fear that an inspection could risk losing a potential sale are needlessly concerned.

NRVIA surveyed its inspectors in May and was surprised by some of the results. For example:

“The overwhelming message we took away from the survey is that RV buyers will still purchase an RV even if it has issues, so long as the issues are discovered and addressed by the dealership,” said Stephanie Henson, NRVIA director of administration.

“Dealers who choose to turn away third-party inspectors are instilling fear and suspicion into their customers by not allowing an RV to be inspected. The dealers give an impression there is something wrong with the unit which they need to hide,” she added.

There can be several reasons why RV dealers are reluctant to have inspections conducted before the sale, Henson explained. A thorough evaluation can take as long as eight hours, which may cause problems at some dealerships which lack service bay space to set aside enough room for an outside inspector.

However, the inspection can be performed anywhere on the lot as long as the RV has access to electricity. A dealership does not have to tie up a service bay for an inspection.

Dealers may believe they will incur liability if a third-party inspector is injured or property is damaged during the course of inspecting an RV at the dealership. However, NRVIA-certified inspectors are required to carry professional liability insurance coverage, Henson noted. Dealers can simply ask to see proof of coverage and retain that for their records.

Some dealers may believe inspections performed by their staff are sufficient to identify problems before units are put up for sale. However, Henson listed several problems uncovered during recent inspections of RVs which dealers had approved as being sale-ready:

“As much as dealership technicians try to evaluate every new or used RV coming on to the lot, they are overwhelmed with so much work this year that they can’t give initial evaluations the time required to truly identify all potential problems with an RV,” said Henson.

Dealers do not need to be concerned with the added workload of fixing problems discovered by third-party inspectors, Henson explained. Due to extensive service backlogs at many dealerships, some manufacturers are allowing warranty work to be completed by mobile service technicians at locations convenient to RV owners, she added. In fact, Grand Design and Van Leigh have authorized mobile service technicians to perform warranty work.

“Buying an RV is a big investment for many families. They just want to make sure the RV works properly and that they won’t be surprised by major repairs right out of the gate,” said Henson. “It’s also important for consumers to know the RV they are buying is roadworthy and safe to use.”

An RV dealer in Arkansas reported success moving older units off the lot by taking advantage of NRVIA’s Certified Pre-Owned Inspection program, said Terry “Cooper” Cooper, founder of NRVIA. Detailed inspections were performed and made available to prospective buyers along with documentation that deficiencies were either addressed in a specific work order or scheduled for repair later.

“A salesperson sat with buyers inside the air-conditioned RV and reviewed the inspection report together so questions could be answered and customers had confidence the RV they were buying was a good investment,” he explained. “Units marketed with an NRVIA Certified Pre-owned Inspection usually sold within two weeks of being listed – for the asking price – despite the fact the unit had originally been on the sales lot for several months.

“Inspections really do work to give buyers confidence to move ahead with the purchase,” said Cooper.

For more information about NRVIA and the inspection services its members provide, visit www.nrvia.org. Information on becoming a certified inspector is also available on that website.